News
You are here: Home1 / News2 / Featured News3 / Canadians and Americans work together to conserve a watershed in Quebec’s...

The border between Canada and the United States may be the world’s longest international border and the friendliest, with long-standing positive relationships between the residents of both countries. Quebec’s Eastern Townships is one region where that close connection is very apparent. Two Canadian organizations have been successful in their efforts to conserve the natural, scenic and historic features in one part of the area, and now American Friends of Canadian Conservation is partnering to support their future success. 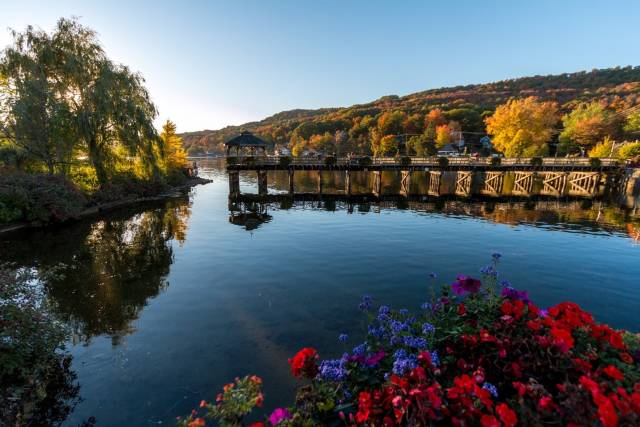 Just 30 minutes or 36 km from the Vermont border, the charming town of North Hatley, Quebec traces its origins all the way back to 1792 when American Captain Ebenezer Hovey encountered Lake Massawippi during his explorations of the area. Of course, the first people to discover the 15-square-km lake were the Abenaki First Nation who named it Massawippi, meaning “abundance of clear water.”

Whether hundreds of years ago or today, there seems to be firm agreement that the landscape of the Massawippi area possesses great ecological and aesthetic value.

In 1968, citizens came together to form what is now known as Blue Massawippi, an organization dedicated to protecting the ecological health of the Massawippi watershed area through research and education. More recently, concerned local residents and landowners from the US established the Massawippi Foundation (FMF) and the Massawippi Conservation Trust (MCT), to directly protect the ecological integrity of the Lake and watershed area. While the Foundation supports many activities that benefit the people of the region, the purpose of the Trust is to conserve the natural state of the land adjacent to Lake Massawippi and its tributaries, and to steward that land in perpetuity. 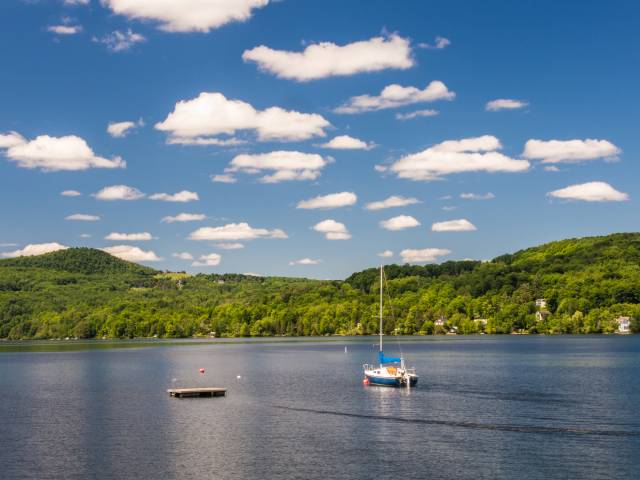 Currently MCT’s work is focused on undeveloped land on the west slopes of Lake Massawippi, stretching over six kilometers and rising up to the high ridge. Experts have noted the ecological value of the old growth forest and a wide variety of rare or threatened flora and fauna on these lands. Tom Wilcox is one of the founders of the Trust – his family has been escaping summers in the US and spending time in the Massawippi area for five generations.

“My great grandmother and grandfather came in 1890, making my brother’s grandchildren the sixth generation,” says Wilcox. “As development pressure on the ecologically sensitive lands increased, we saw an opportunity to create a means to protect the valuable resource.” MCT employs several methods to conserve land including: acquiring land through purchase or donation; establishing easements or servitudes (as they are known in Quebec); educating landowners about the ecological and tax benefits of limiting the types of activities permitted on their lands; and helping landowners understand the effect of over-development on the health of the Massawippi watershed. 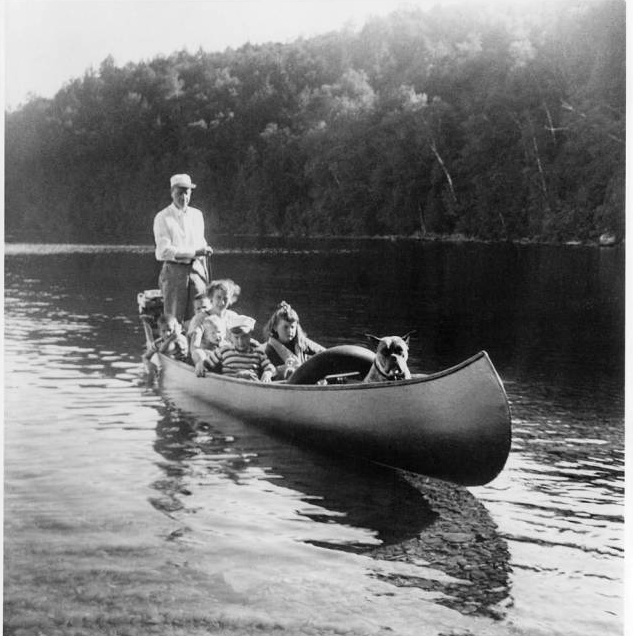 The Wilcox family (including young Tom in the striped shirt) arrive at their camp in 1955.

Wilcox has had many proud moments over the past ten years during which time the Trust has raised more than $5,000,000. He does not take much credit for the Trust’s success however. He says, “Margot Heyerhoff, the President of the Foundation, is the driving force behind our success. Pat and I have been helpful, but it is Margot who has gotten us to where we are.”

“In addition to the cash, we have received donated properties and servitudes worth more than $3,000,000. Thanks to our donors and partners, we have become a leading voice for ecological health and sustainability,” said Patterson Webster, Chair of the Massawippi Foundation.

In June 2019, the community celebrated the dedication of the Massawippi Trail. Representatives from First Nations, English and French-speaking residents, families, and elected officials officially opened the trail system that provides public access to what was once private property. In recognition of the original Abenaki people whose territory included this land, Métis Paul Carignan and his wife Sylvia Bertolini sang an Anishinaabe Sun Song. “The work we do with the Trust not only ensures land conservation in perpetuity, it provides access for families to appreciate and learn about nature – which over the past 18 months we have come to understand is even more essential to the well-being of our community and the planet,” said Tom Wilcox. 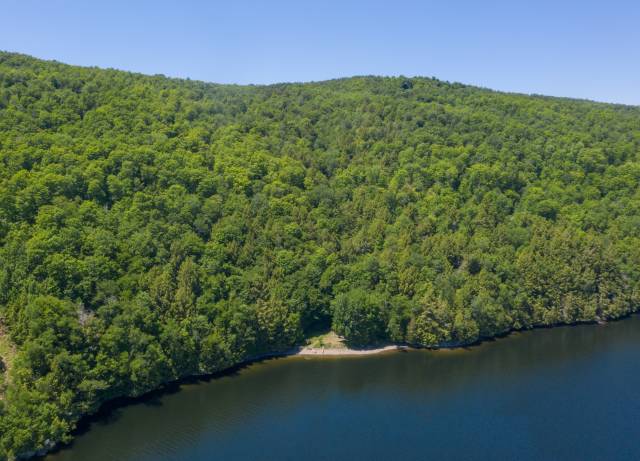 Ethan’s Beach and 85% of the mountainside are protected by MCT. Photo: Massawippi Conservation Trust

Both The Massawippi Conservation Trust and Blue Massawippi are now grantees of American Friends of Canadian Conservation,  making it possible for US taxpayers to support their work with a gift that is tax deductible in the US.

“We are very grateful to American Friends,” said Wilcox. “I would advise any American who might be considering the future of their property in Canada to investigate American Friends. With the tax benefits available, you can ‘do well, by doing good’.”

You can help protect and conserve property in the Massawippi Valley by making a tax-deductible contribution of cash or securities, by donating online at American Friends’ secure site or you can donate stocks, bonds, or mutual fund shares to American Friends to avoid US capital gains taxes while receiving a tax deduction for the current value of your securities. Contact Sandra Tassel at 360-515-7171 or sandra.tassel@conservecanada.org for instructions.