News
You are here: Home1 / News2 / Featured News3 / Music for Birds and Bears

Music is what makes Chris Wood tick. The 52-year-old bassist is co-founder of The Wood Brothers, a roots band based in Nashville, Tennessee. Together with Chris’s brother Oliver on guitar and Jano Rix on drums and keyboards, the trio records and performs a unique blend of American music inspired by blues, gospel, soul, R&B, jazz, folk and rock & roll.

The Wood Brothers have gained a dedicated following across North America. In 2018, the band received a Grammy nomination for the record One Drop of Truth, released on their own Honey Jar Records label. 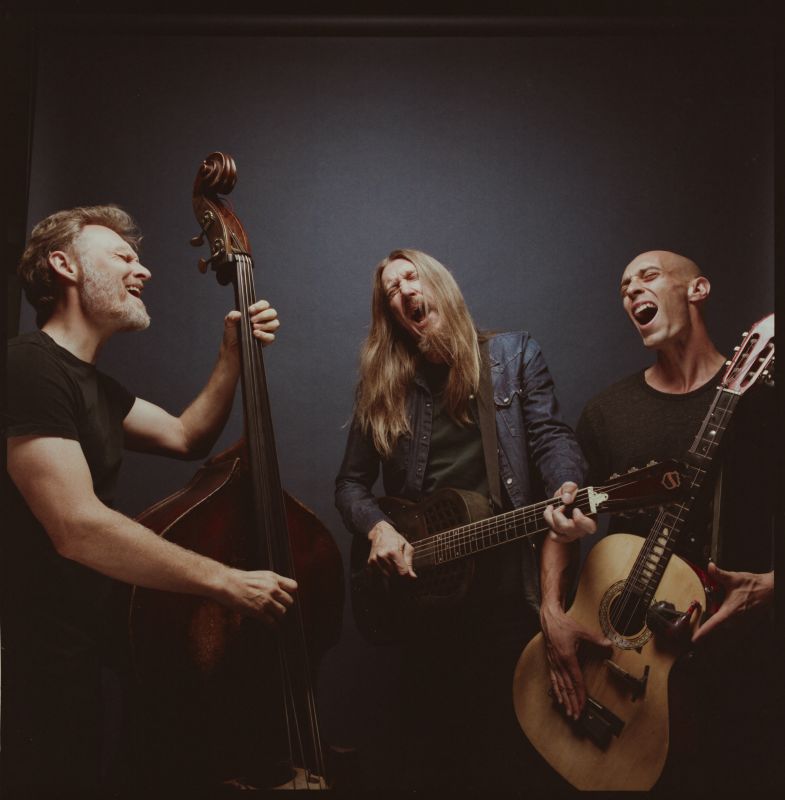 Life-changing events and a pandemic brought Chris from Nashville to British Columbia (BC) Canada. Now Chris and the band are helping to protect wild places in his new home.

Chris and his wife Laura Matthias live on Pender Island, in the Southern Gulf Islands archipelago, where they run a small farm growing vegetables and hops. Laura is a wildlife biologist who has studied endangered species and helped restore wetlands through her work with various conservation organizations. Her experiences convinced Laura that the best way to help wildlife is to preserve threatened habitat.

Laura had been involved with The Nature Trust of BC, a land trust that protects ecologically significant landscapes throughout the Province, and she liked The Nature Trust’s land acquisition and property management results. Her knowledge and connection led to Chris contacting American Friends of Canadian Conservation to find a way that The Wood Brothers could financially support The Nature Trust’s work.

When asked about what inspired Chris to ask Oliver and Jano to contribute a portion of their ticket sales to advance conservation in Canada, he said, “I’m very influenced by Laura, always interested in and passionate about the environment and what we can do, but for most of my life I was a bit overwhelmed and not sure what kind of action to take. I was wanting to live what I believed, and so that’s kind of what led us here.”

As a result of Chris’ desire to take action, The Wood Brothers is donating one dollar from each ticket sold on their 2022 tour to American Friends to underwrite the work of The Nature Trust. As of the end of August 2022, The Wood Brothers’ contributions have allowed American Friends to grant nearly $19,000 to The Nature Trust to permanently protect endangered coastal wetlands in British Columbia. Every dollar will be matched with three more from The Nature Trust’s Canadian donors and the North American Wetlands Conservation Act (NAWCA).

Chris is glad that his beloved music can make a difference for the environment. “It took a long time to appreciate that I could do something useful with my platform…I think it’s very important to work across borders to preserve connectivity in terms of habitats and [bird] migration routes. We have to do things for wildlife for its own sake.”

American Friends is delighted to help make Chris’ vision a reality and to have a key role in turning The Wood Brothers’ music into conservation results. Together with The Nature Trust we thank the band and its fans for protecting places for birds and bears.