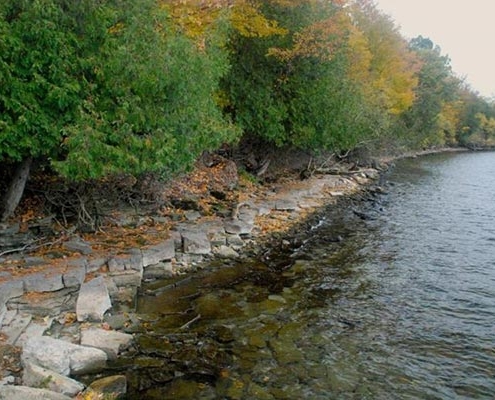 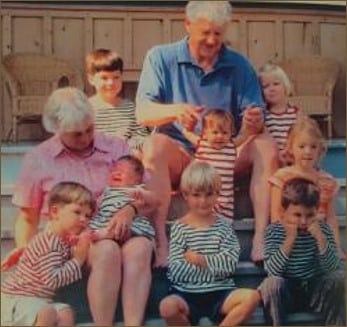 Beauvais Point comprises the northeasternmost extent of Wolfe Island, in the Thousand Islands region of the St. Lawrence River, very close to where it originates in Lake Ontario. It is barely across the border from the New York side of the Thousand Islands. Easily accessible via a short ferry ride from the lovely city of Kingston Ontario, Wolfe Island is a popular summer destination for Canadians and Americans because of its proximity to Toronto, Ottawa, New York City, Philadelphia and other populations centers.

Long ago Wolfe Island’s forests were cut, and the land cleared for farming. More recently, farmers took advantage of the vacation home market and sold their shoreline acreage as second home lots for the vacationers. Approximately 5 million people live within a day’s drive of the area.

Thanks to the multi-generational stewardship of the MacLean family, Beauvais Point is the exception, with an impressive forest, on rich, dark soil. As soon as you enter the MacLeans’ narrow drive, you notice the canopy height of straight, tall shagbark hickories and maples.  It stands in sharp contrast to the miles and miles of open fields you pass to reach the Point.

Beauvais Point is also graced by extensive, mostly undeveloped, waterfront on “The River.” These natural features protect habitat for migratory birds and rare plants, and maintain the clear water and clean river bottom that aquatic species such as small and large mouth bass and muskellunge require for reproduction.

Burton (Mackie) MacLean and wife Charlotte, who live in Pennsylvania, had been trying for years to find a realistic way to pass Beauvais Point to their adult children and ensure that their large crew of grandchildren would be able to continue the tradition and experience of enjoying Wolfe Island, the river, the woods, and the company of their extended family.

The Canadian capital gains tax that would be due on the transfer of ownership was a major worry for Mackie and Charlotte, and their heirs, because the property has appreciated in value substantially since Mackie inherited it. They feared that the land might be subdivided and developed in the future. Their tax and legal advisors told them there was not a conservation strategy that could both reduce Canadian capital gains and offer a tax benefit in the US.  But there was!

In 2016, Mackie discovered American Friends by searching the internet. That summer he and his son-in-law attended a workshop for US taxpayers hosted by the Thousand Islands Watershed Land Trust (TIWLT) and American Friends.  After learning how a cross-border conservation easement could help their family achieve their goals, they moved quickly.

Our two organizations partnered with Mackie and Charlotte to place a perpetual conservation easement on the title to Beauvais Point.  The property cannot be subdivided, and new structures are allowed only in the limited areas that are already cleared for existing buildings.

In 2018, the MacLeans welcomed dozens of other American owners of properties in the Canadian Thousand Islands to their cottage to share their story, then showed off the natural features of the property to inspire other families to follow their lead. Mackie said that placing the conservation easement on Beauvais Point was “…one of the best things I ever did.” We share his enthusiasm!