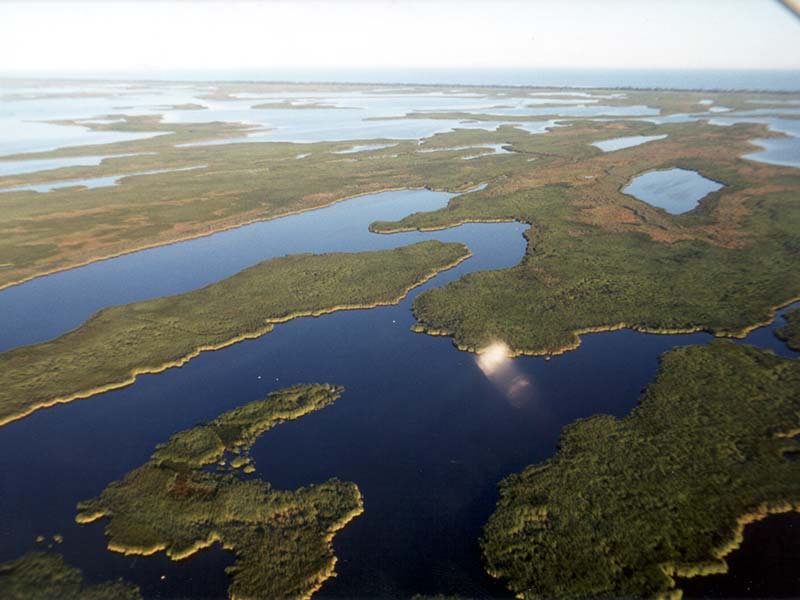 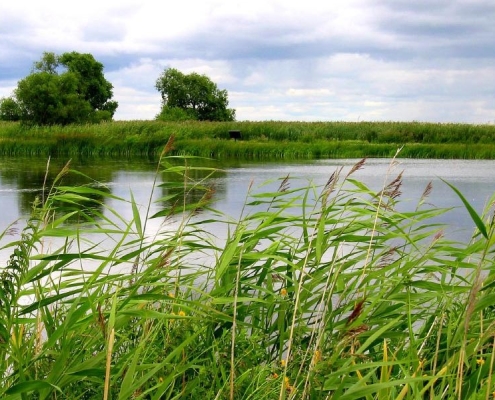 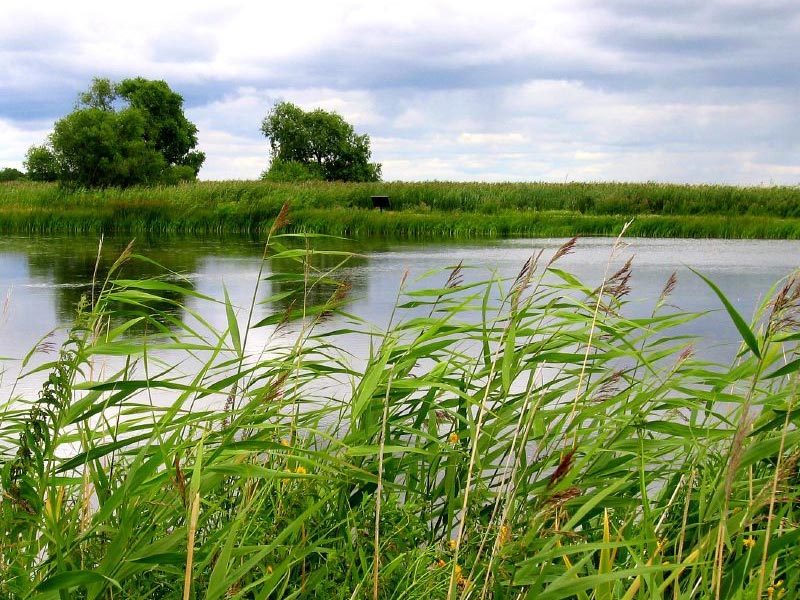 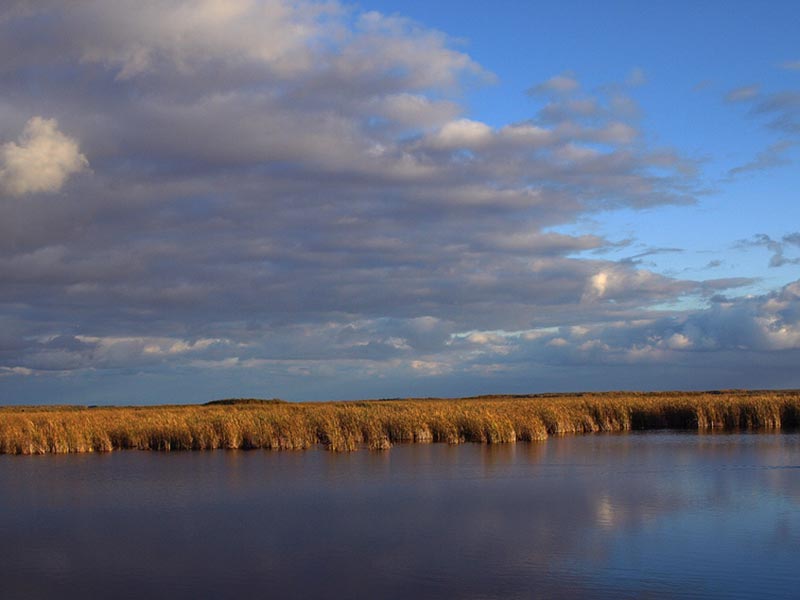 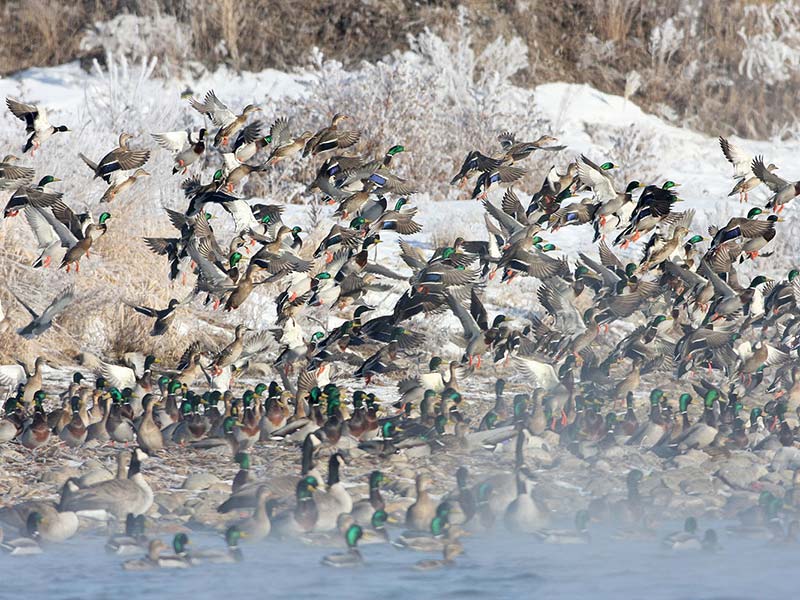 Internationally known for its breeding and migratory habitat for wildlife, especially birds, Delta Marsh is one of the largest freshwater wetlands in North America. It is a 15 miles-long and up to 2 miles-wide network of shallow lakes near the south shore of Lake Manitoba.

In 2011, American Friends was given the largest privately owned property on the marsh, complete with a traditional facility for duck hunters, known as Eaton Lodge.  The gift made by four Americans who are avid duck hunters and conservationists, permanently conserved 1,285 acres of wetland and low-lying grassland. Dr. Dale Neil, one of the donors, described it as a “unique property, with the lodge on a peninsula that extends way out into the marsh, two lakes and lots of habitat for ducks to breed.”  This donation was not only ecologically significant, it was also crucial to the launch of American Friends’ Conservation Lands Program.

Recently American Friends transferred Eaton Lodge to Ducks Unlimited Canada (DUC) for permanent protection and stewardship. The transfer represents a significant milestone for American Friends because it is the first time it has granted a property to one of its Canadian partners. DUC arranged the donation to American Friends of this ecologically and historically significant resource as a strategic element of its “Delta Marsh – Restoring the Tradition” initiative.

Over the past 50 to 60 years duck populations at Delta Marsh have been steadily declining due to changing water levels, invasive plants, local agricultural practices and most recently a massive influx of invasive common carp. Restoring the Tradition is a multi-million dollar project to reverse damage at Delta Marsh, including a system to keep the carp out of areas that traditionally had sustained waterfowl.

Dr. Neil recalls that the DUC initiative appealed to him and his partners, Ron Desideri, Ted Herrick and Jim Krughoff. “We wanted to help so when DUC approached us about donating the Eaton property we were excited about how our gift could boost the project.”  The partners took the donation idea to their accountants and found there were substantial tax advantages associated with giving the property to American Friends, as suggested by DUC staff.

The Eaton Lodge property is bordered on three sides by provincial Wildlife Management Areas, and adjacent to other DUC projects, which add to its conservation value. Over time DUC, and the donors, hope to see the return of the huge flocks of canvasback, redheads, scaup, ring-necked ducks and blue-winged teal that historically sustained the aboriginal peoples and attracted famous hunting enthusiasts from around the world including The Duke of Cornwall (later King George V) and, later, his son Prince Edward.

“The donation of Eaton Lodge helped solidify our path forward in Restoring the Tradition, and the leveraged funds will not only aid the carp exclusion project, but will help to fund the upcoming science program,” said Bob Grant, DUC manager of provincial operations for Manitoba, in an article in Conservator magazine. [link] The board of American Friends is very pleased to have had a role in protecting the marshland and grasslands of the Eaton Lodge property, and assisting DUC with its ambitious initiative. Mark Francis, the head of habitat retention for DUC, said “The donation of this large tract of the Delta Marsh is a tremendous asset to staging waterfowl on a continental scale. DUC is proud to accept this gift made possible by a generous group of U.S. conservationists. We are happy to partner with AF and assist in the mapping out of the process for the first property transfer, which we anticipate will lead to further gifts and protect additional valuable Canadian habitats.

The donors are pleased with the collaboration too. “Our gift would not have been possible without American Friends,” said Dr. Neil, as he packed his bags for his annual trip north to Delta Marsh.